A step by step guide how to be like Dan Bilzerian

So just about every man on earth has heard of Dan Bilzerian by now and the chances are they envy him. Dan has the incredible lifestyle of doing whatever he wants every single day. If this keeps up, the famous “I wanna be like Mike” saying just might get replaced with “I wanna be like Dan”.  So in the spirit of wanting to be like Dan, I wanted to help all you internet folks out there with a step by step guide on how you can be like Dan Bilzerian. So here it is.. Pay attention!  Note: this is a parody.

The trick is to win slightly more than the $250 odd dollars I won at this tournament. Add a few zeros on the end, like a lot of zeros, and you’re on your way. 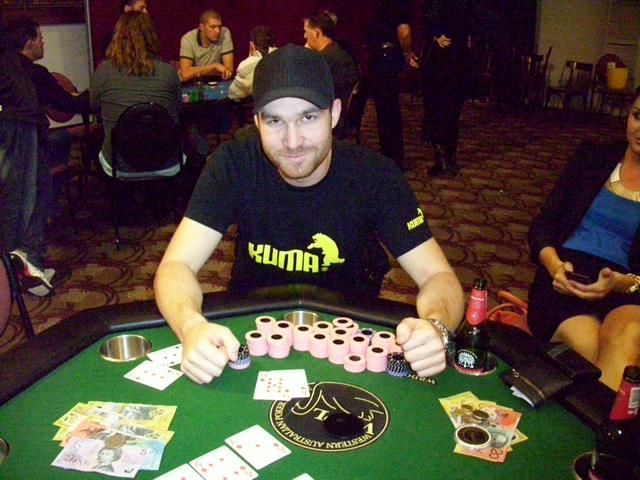 Get the Private Jet!

This here is a Challenger 850. Not a bad rig at all but not quite your G6. Good enough to unlock Bilzerian status. 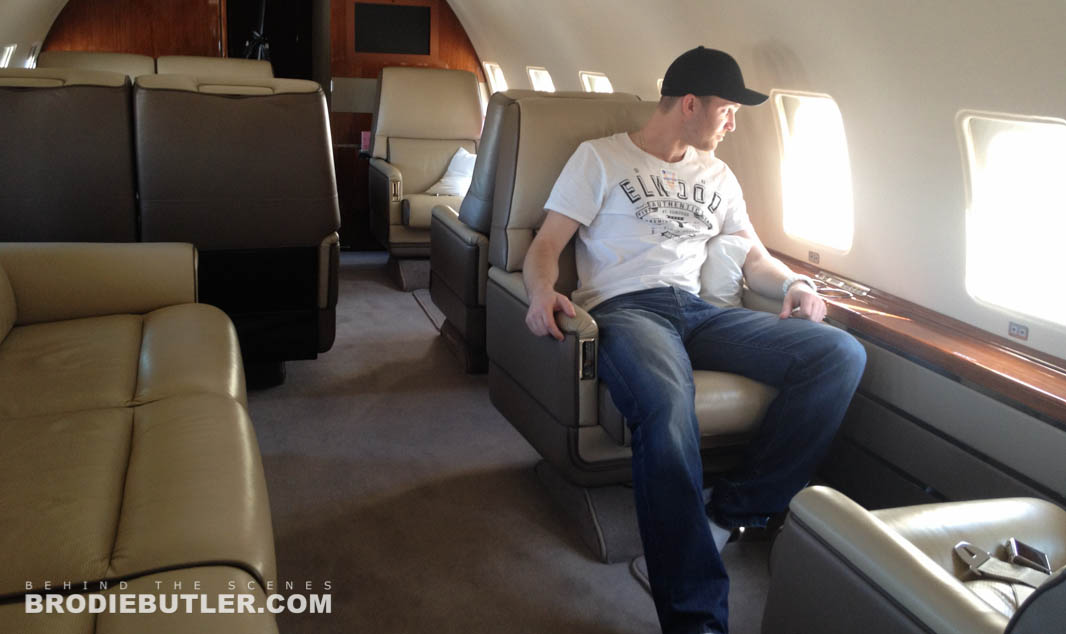 McLaren MP4 12C is certainly one on the top of my list. 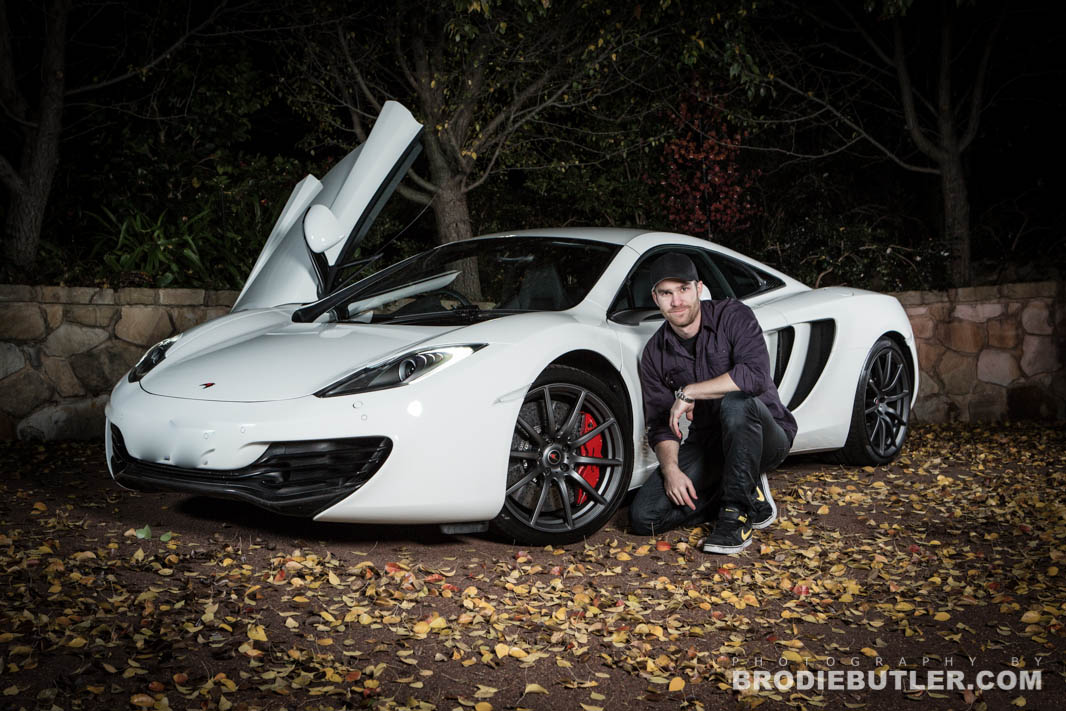 This could be hard for the Australians, but if you’re in America and you love your rights, start stocking up on huge guns. The bigger the better. I’m holding an AK47 below. It’ll do some damage but its no rocket launcher. 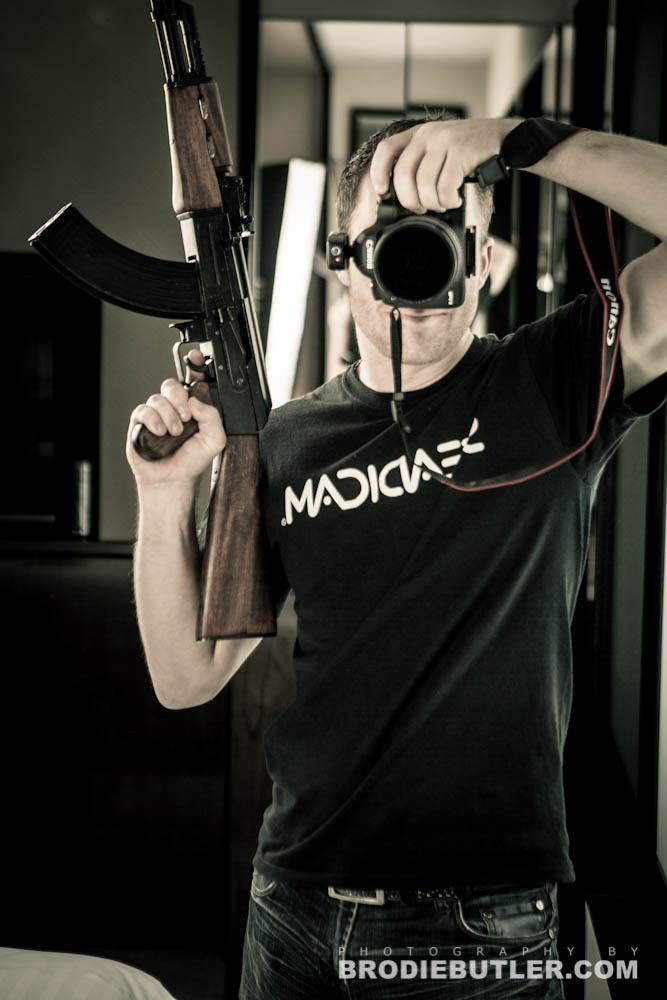 Star in a Movie

Even Dan has made it onto the big screen in a film he part funded called Lone Survivor. Yeah thats right, the one with Marky Mark in it.  I didnt get to oppose Mark Whalberg but I did get to go up against Mr GQ, Elliott Vassila. 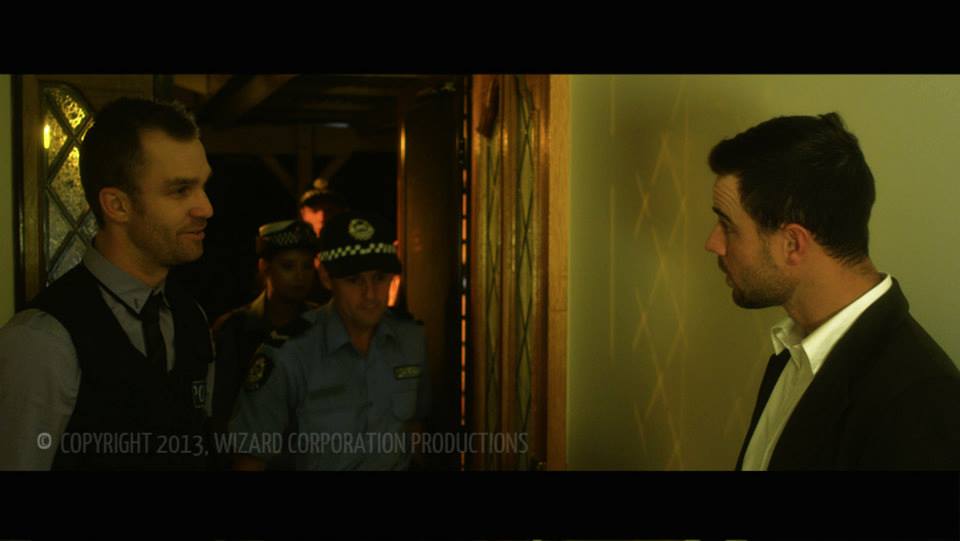 Nothing says “man” like a dirty big beard. So get growing! 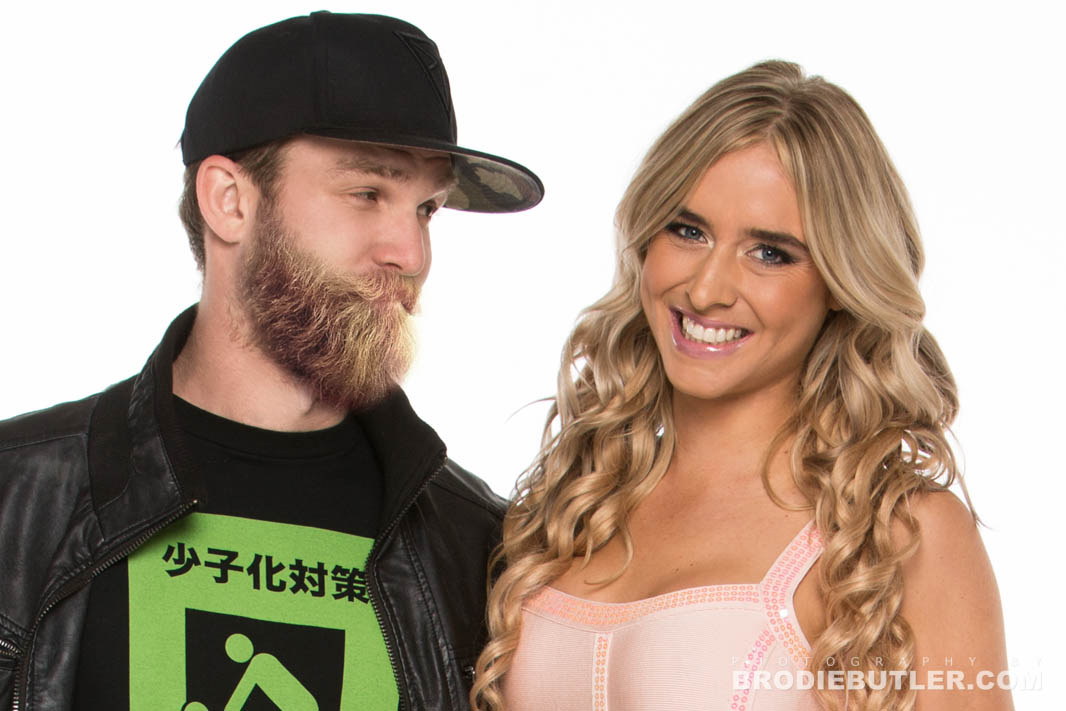 Ok so maybe that’s not me, but I took the photo and from what I’ve learnt about gym-goers, taking photos of working out is more important than working out. 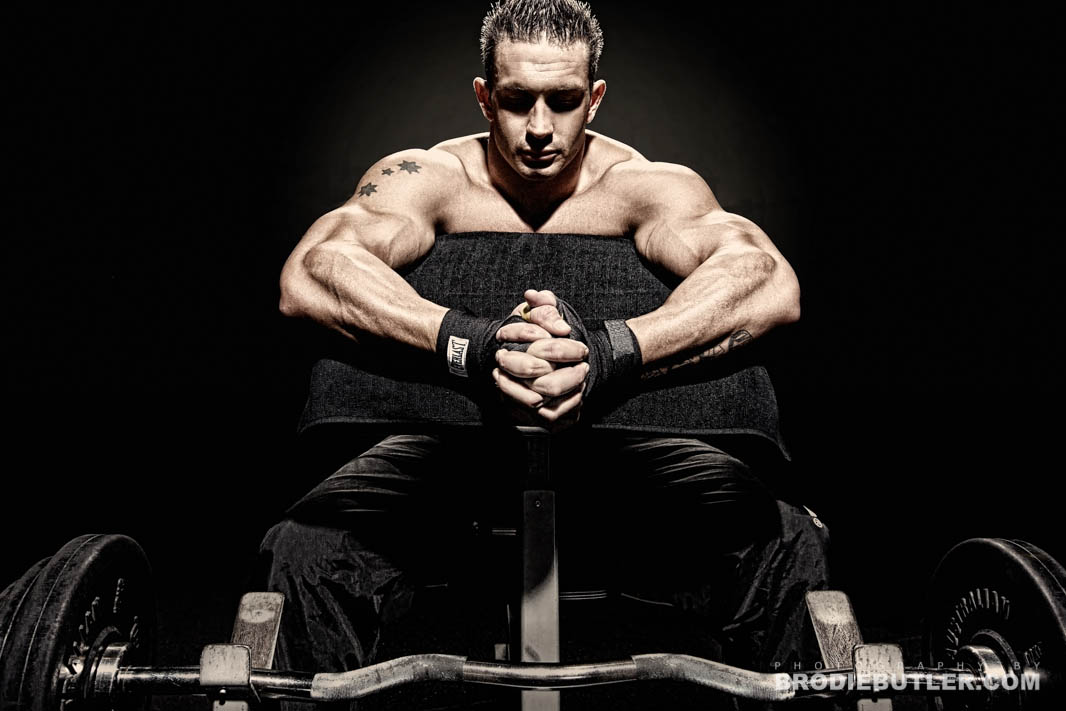 Surround yourself with Honeys. 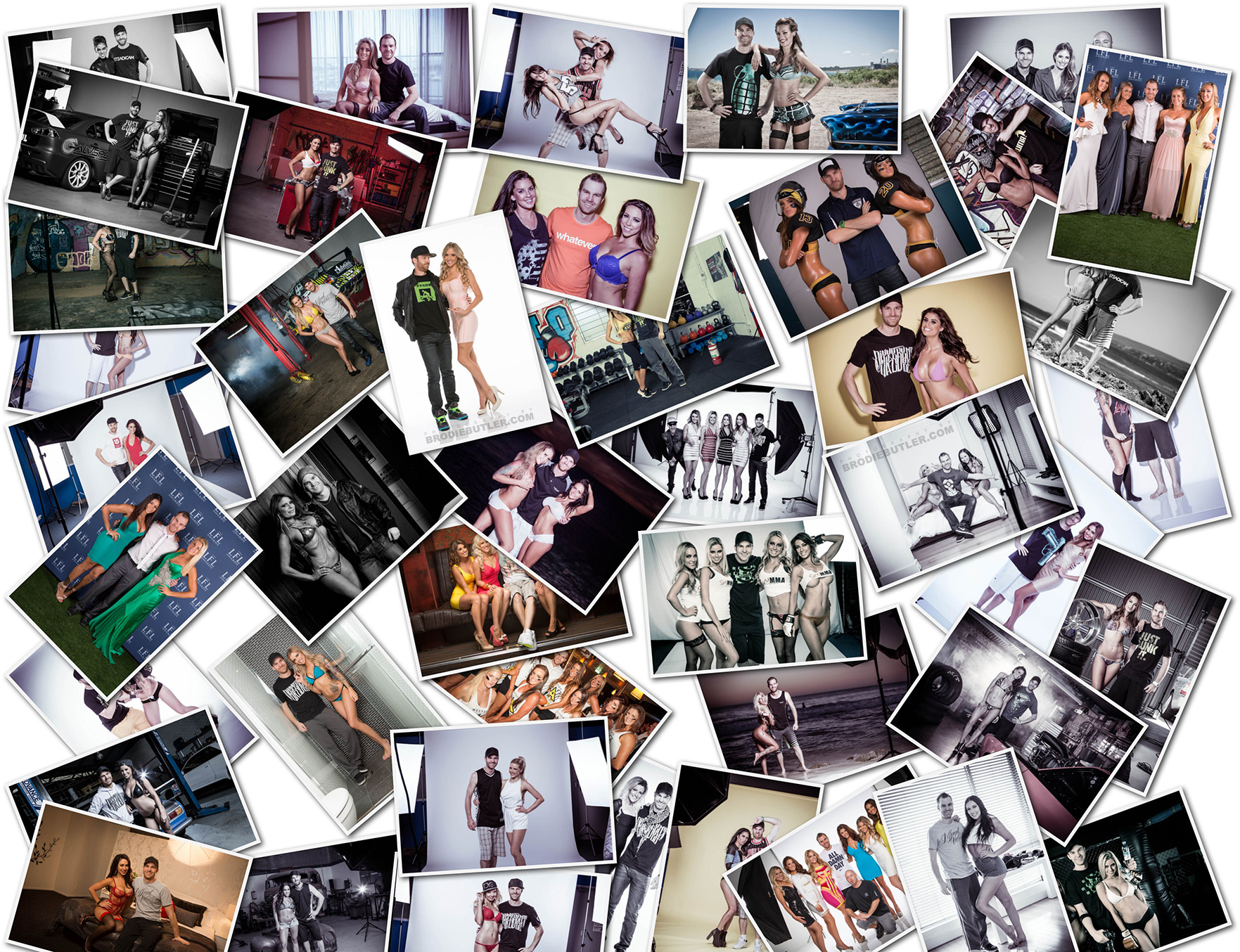 Do Copius amounts of Drugs

Well this was a bit of fun. Sure, I probably left a few things out like acquiring pet goats, but I have never had to take photos of goats, so I’m going to wrap it up here. I’m extremely lucky to do what I do as a photographer and I have so much fun doing it.  I get to meet the most amazing and talented people, experience the most exotic forms of transport, I get to travel and even party here and there. What all this does is it gives me just a tiny glimpse of the life that someone like Dan Bilzerian experiences on a day to day basis.  It’s all a huge amount of fun. I have to say it’s pretty amazing to have that sort of freedom to do these kinds of things whenever you please,  I’m just very grateful for what I do have and that I get to experience this from time to time doing what I love. Taking cool pictures.

Have a good day!