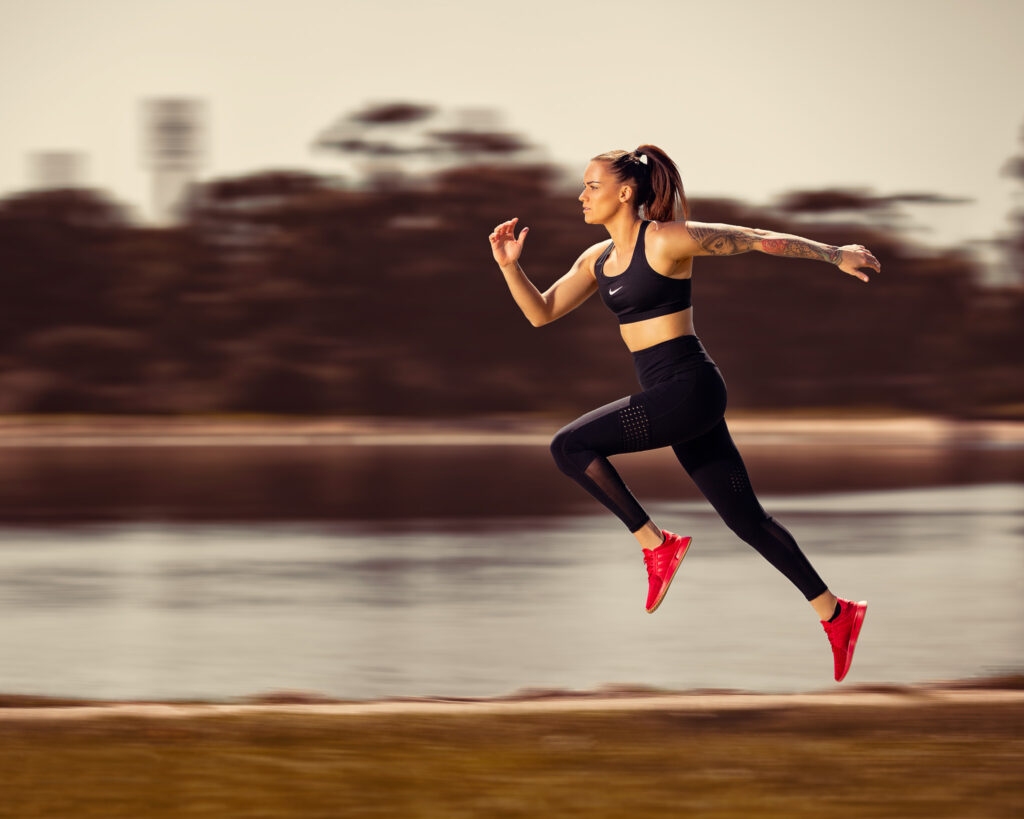 This girl can run, I promise you! No wonder she’s in the AFLW. Gemma Houghton is an incredible athlete which made it just that bit more difficult to photograph given she’s moving at cheetah pace. This story, is how I got the shot!

This particular shoot was specifically chosen to be done late morning with a very high sun. I get annoyed when people say you should never shoot in the middle of the day. To me that just says you don’t know how to do it. Not only that but you’re missing out on all the completely different looks you can achieve. ⁠This is just one example. I wanted the bright vivid contrast and colour that comes with that time of day. I also wanted a challenge.  ⠀
⁠⠀
I kept this shoot relatively simple, and used one light. This was obviously used to illuminate her face, so she was running towards the light which was placed just off the path she was running on.  I obviously wanted to place it as far away from her as possible to utilise the inverse square law to my advantage.  In short, I wanted the rate of change in light power to decrease as much as possible to have the largest possible spread of consistent light power to be able to accurately expose her as she runs. Confused? Come to my lighting workshops

The sun is not quite above her, it is just slightly behind to work as a great hair light/back light. So if you wanted to be really technical, this was a two-light shoot not one. 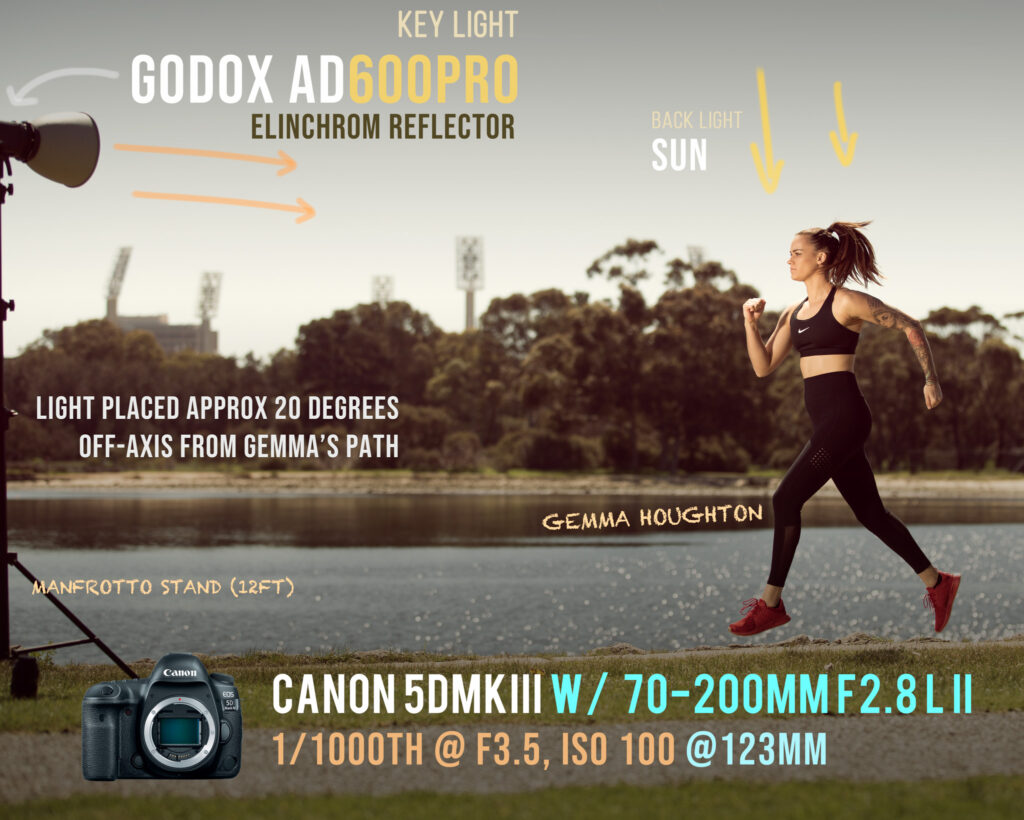 I used the High Speed Sync mode so I could use a 1/1000th shutter speed, much like I would if I was shooting her during a football match. I wanted to make sure I could freeze that action of her moving without any blurred edges. Given there is such a strong ambient light(sun), if I had a slower shutter speed under my camera’s sync speed and didn’t use HSS, I would still get some blur around the edges despite using a shorter flash duration.

Shorter flash durations are possible with the AD600, but I would have to settle for about 1/4 power to get around a 1/1500 duration.  The less power you deliver, the faster the flash duration. 1/4 Power doesn’t give me a lot to play with outside against the sun though and means I would have to put the flash too close which makes it difficult to light a moving subject. Getting an accurate flash exposure becomes near on impossible. So HSS and a faster shutter was the better approach here given the strong ambient light. ⁠
⁠⠀
So it’s really a very simple setup which just took a bit of thought and careful timing. After a few attempts, we got a great image that I pushed a bit further in post for a finished effect.

Here is a before and after of the image: 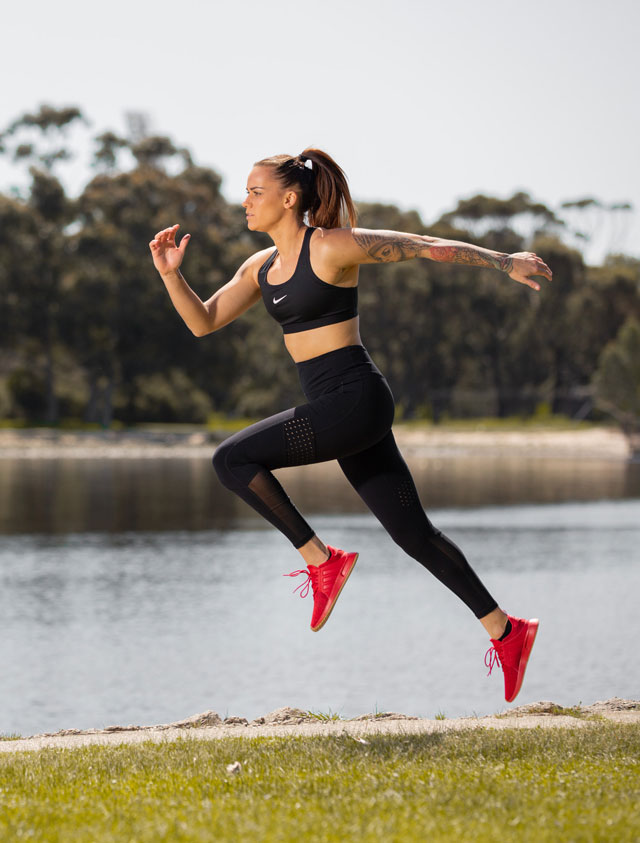 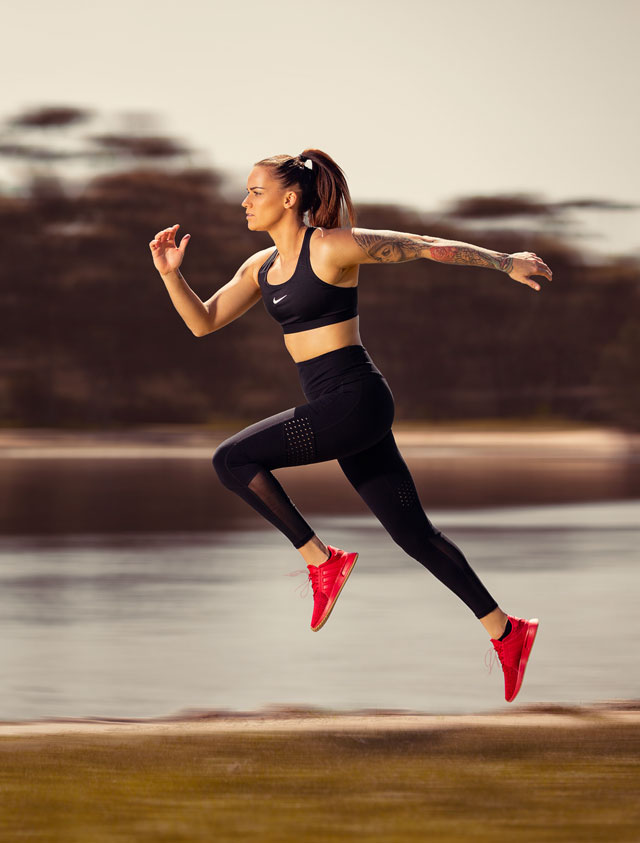 ⁠⠀
You can find Gemma playing for the AFLW Fremantle Dockers team when football returns and maybe you will even see her return to the blog in the near future! 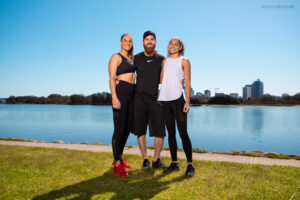 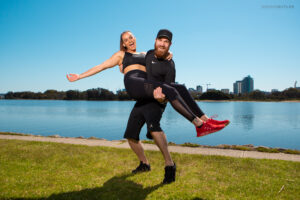